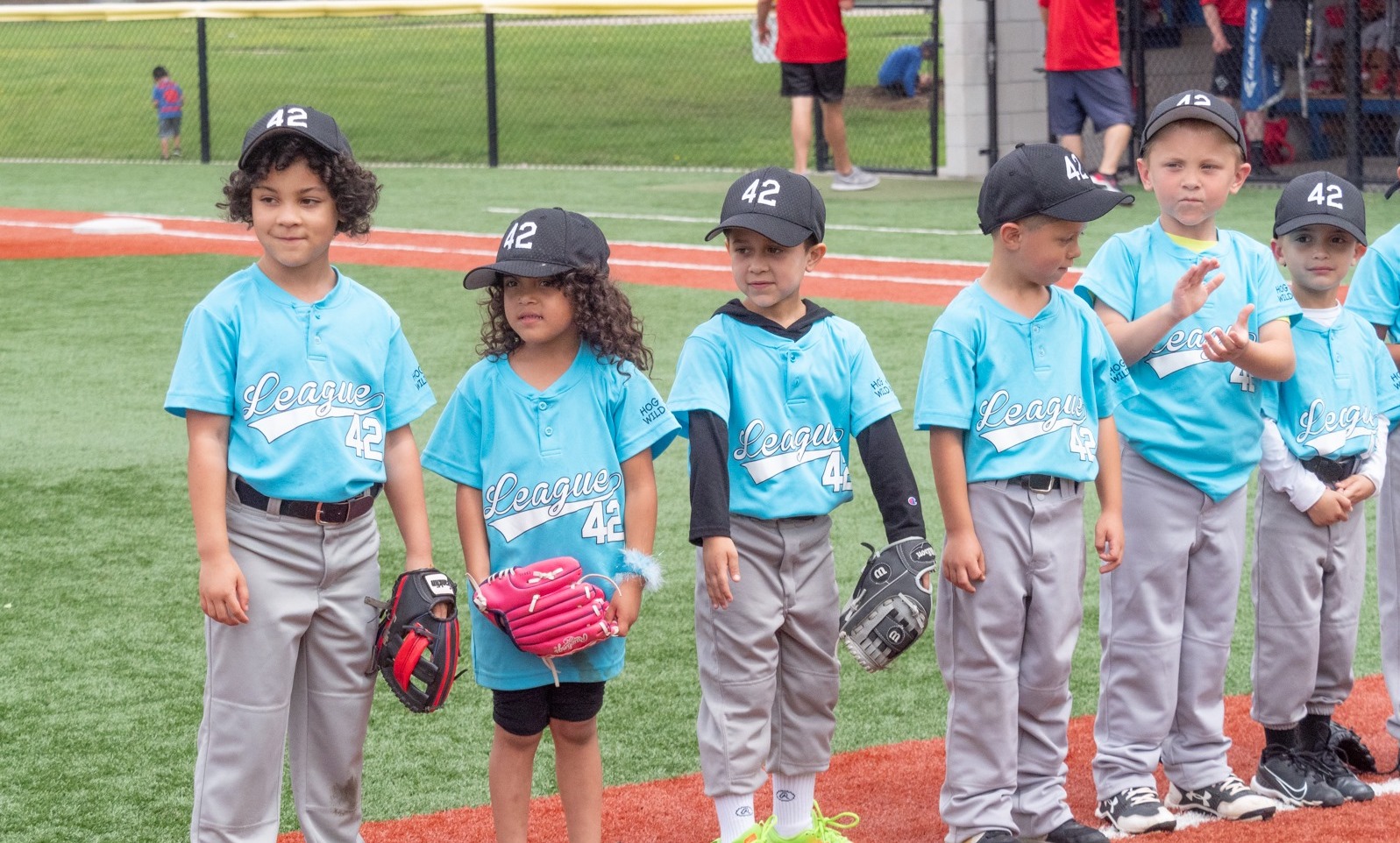 My two sons have been in League 42 since season 1 in 2014. This is their third year in the league. I originally saw the ad in the Wichita Eagle for the baseball clinic representing Jackie Robinson. My sons have been to various baseball clinics with League 42 which include outfield clinics, batting clinics, and base running clinics to name a few. These clinics help the kids learn new skills and touch upon baseball basics during the season as well as during the offseason. They have also been to many outings with the league such as WWE and the Wichita Thunder hockey team and to watch movies at the palace. My sons have had the opportunity to play baseball in a league that displays overall sportsmanship and teamwork in a safe environment. League 42 makes it affordable for the families so that is one less worry for the parents. I hope to continue with the league for years to come.